When the Middle East crisis escalated in 2009, Brenda turned to her friend and teacher Debbie Ford and asked “did she know an Arab she could partner with in healing the Middle East conflict? Debbie introduced Brenda to Samia Bahsoun; for the past year Samia and Brenda have worked together to create a center for developing a new kind of leadership; TECTONIC LEADERSHIP.

The Tectonic Leadership Center will be a vehicle for developing pairs of leaders from opposite sides of the conflict to take joint ownership in transforming the conflict – pairs creating a new relational architecture for sustainable coexistence. The five day pilot program was conducted May 2 to 6, 2011 in partnership with the University of Michigan Dearborn.

For more information on the Tectonic Leadership Center visit www.tectonicleadership.org

Harnessing the power of tension between law enforcement and community in 10 weeks. 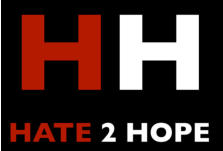 I created Hate 2 Hope. I chose dialogue over destruction. I saw a need to lift our communities from the quicksand of miscommunication and judgment. I wanted to create a new discourse and demonstrate how it is possible to create positive change.

Hate 2 Hope, an initiative under my 501(c)3 nonprofit organization,Pathways To Peace Foundation uses a unique framework that directly addresses tension. Participants have the opportunity to identify and verbalize the most contentious points of tension without feeling criticized or censored. In just 10 weeks,(January 7, 2016 – March 15, 2016) the Hate 2 Hope pilot program in Roseville, Michigan engaged community, superintendent of schools, school principals and assistant principals, FBI, local law enforcement, youth and family members to:

Without a positive model for engagement, the cycle of violence will continue for decades to come. By joining in transforming communities from Hate 2 Hope, we can:

Resource Guide for Your Community

Roseville Michigan: http://rosevilletectonics.weebly.com/ was created as part of the Roseville Michigan Hate 2 Hope Project. Community members can save it to the home screen of their phones.

Stay tuned for our Hate 2 Hope APP which will be able to be customized for your community.
Ask us to notify you when the APP is ready by emailing [email protected]

IN THE PRESS:
Brenda Rosenberg and Samia Bahsoun expand the potential of Tectonic Leadership
From ReadTheSpirit.com

Samia (second from right) and Brenda (fifth from right) with Northwood students creating what Brenda describes as “a safe space for the truths to come forward—and a brave space, where tough questions get asked, paradoxical truths reside, feelings are validated, empathy emerges, and new solutions begin.”

EDITOR’S NOTE—Over the past two decades, Brenda Rosenberg has pioneered new approaches to bridging the dangerous chasms that separate so many of the world’s peoples. Her earlier Reuniting the Children of Abraham project wound up featured on network TV. For the past four years, working with colleague Samia Bahsoun, Brenda has spearheaded a new process for bringing polar opposites together, which she and Samia call Tectonic Leadership. The title refers to the power that emerges when the earth’s tectonic plates come together. Suzy Farbman told the story of this project’s origins in 2014. In 2015, Brenda and Samia published the story of their new work in book form: Tectonic Leadership. In 2016, this process was adapted to bring police and minority teen-agers together. This week, ReadTheSpirit asked Samia and Brenda to report on their latest use of this process—with college students struggling to come to terms with sexual harassment and roommate conflicts.

What a surprise that two of us—an Arab and a Jew who come from deeply polarized communities—are called upon repeatedly these days to help people talk across their own seemingly insurmountable differences.

Our latest invitation came from Northwood University in Midland, Michigan, asking us to lead a two-day program we called: “Harnessing the Power of Tension to Build Sustainable Relationships.” The goal of this workshop was to train students leaders in our 4-step tectonic process to address the tension of residence living and sexual harassment on campus.

The opening of our workshop turned out to be the same day that tension erupted at another Michigan university over the end of the sexual abuse trial of Dr. Larry Nassar. Reactions spread like a tsunami from the Michigan State University boardroom to MSU’s Richard DeVos Center—funded by the late father in law of Education Secretary Betsy DeVos, whose rolling back of Title IX policy on sexual harassment has made her a primary target of the #METOO movement.

The anxiety about sexual abuse—one of the issues we had been asked to address—could not have been higher.

We started our workshop exploring roommate tensions in general. We showed a video on issues between two roommates Sarah and Ashley, arguing about hair in the sink, dishes piled up and unwanted noise. After a few good laughs, we asked the student to give the tension a name. While this appeared to be a simple step in the process, it took a good half hour for students to scope down the problem and spell out the tension. As we have found in other tectonic workshops, the participants wanted to leap ahead toward blaming one of the girls and prescribing solutions. The reality was more complex: Each girls had been inconsiderate of the other.

The case study we chose for sexual harassment was prompted by Northwood University’s manual on responding to “gender-based and sexual misconduct.” That pamphlet gives this example:

“Amanda and Bill meet at a party. They spend the evening dancing and getting to know each other. Bill convinces Amanda to come up to his room. From 11 p.m. until 3 a.m., Bill uses every line he can think of to convince Amanda to have sex with him, but she adamantly refuses. He keeps at her, and begins to question her religious convictions, and accuses her of being ‘a prude.’ Finally, it seems to Bill that her resolve is weakening, and he convinces her to give him a ‘hand job.’ Amanda would never had done it but for Bill’s incessant advances. He feels that he successfully seduced her, and that she wanted to do it all along, but was playing shy and hard to get. Why else would she have come up to his room alone after the party? If she really didn’t want it, she could have left.”

When we asked the participants to name the conflict, which is Step 1 of our 4-step tectonic process, a cloud descended on the room. From MSU to the White House, the seriousness of these issues was obvious to everyone. The conversation was difficult that day, but finally we named the conflict as “Mixed Messages.”

Northwood University policy on Mixed Messages is crystal clear: “Mixed messages from your partner are a clear indication that you should stop, defuse any sexual tension and communicate better. You may be misreading them. They may not have figured out how far they want to go with you yet. You must respect the timeline for sexual behaviors with which they are comfortable.” The manual makes it clear that Bill violated university policy. The pressure he applied to Amanda was unreasonable. She did not consent; Bill’s pressure forced her toward sexual activity. If this hypothetical case had been adjudicated, Bill would have been punished.

The question we raised was: Would the university process actually have reached that point? And, if it had, what was the likely impact of punishment? Would it have deterred further bad behavior on campus?

We asked: “What would happen if this hypothetical couple had an opportunity to go through the 4-step tectonic process?” Step 1 would have named their conflict as our group had: “Mixed Messages.”

Step 2 of the process is: Describe the tension on each side. Both Amanda and Bill could clearly ex-press their feelings around that night. By acknowledging their feelings, they would each feel heard and their feelings would be validated.

Step 3 is: Bridge the divide. How is it possible to use the tension that once separated us to connect us? As we talked, we realized that this is how Step 3 with Bill and Amanda could look: We could ask Bill lots of questions about what he had assumed before and during that night—and what he realized about the aftermath of his actions. Amanda could respond to similar questions. In this third step of the process, parties in conflict have an opportunity to step into the fault line and deepen their understanding of the other.

Our premise is that tension is never eradicated. Especially, in this age of You Tube, Facebook and Twitter messaging, the tension escalates at the speed of light, reaching astronomical proportion, permeating campuses, businesses, governments, and communities. While restoring relationships is an achievement, creating a foundation that can sustain these relationships through seismic events is essential. This requires that parties in conflict create something new together that benefits all parties, which is Step 4 of our process.

Our workshop ended on another auspicious date: January 24, Holocaust Remembrance Day. For us—Samia and Brenda—it was a reminder of the courageous conversation we started as an Arab and a Jew, years ago. Historic tragedies are the tensions that have separated the very foundations of our two communities for generations.

We need not only safe spaces for truths to come forward but also a brave space, where tough questions get asked, paradoxical truths reside, feelings are validated, empathy emerges, and new solutions begin.